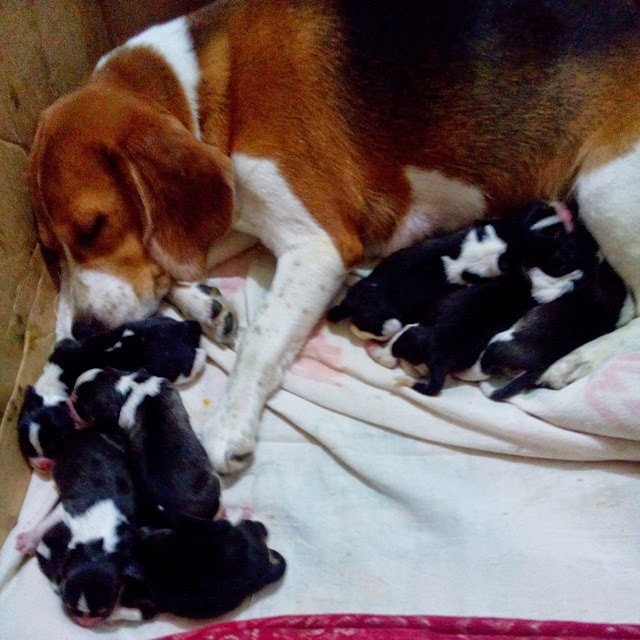 Wow, it's been a looooooong while since I have last been here.

So long that the last time I posted, Pippa was still a puppy, now she's already a proud mother of seven .

Being a father of six dogs already, I don't have a budget anymore to keep all of her babies. I am actually selling most of her puppies keeping only one as requested by my cousin.

So, I'm writing this post to whoever will be taking care of my babies. This is I guess a guide to having a beagle. These are my general observations of the breed.

Posted by gillboard at 9:28 AM

gillboard
A regular schmuck who is interested in playing games, watching tv, movies, dvd's, an in-denial geek, a guy who can't talk, so he writes. And now he decides to grow up.